The woman as an object – a creation by male hands. The objectification of the female body and the switch between being a subject or an object are topic of the sticking point. The woman in earlier hollywood cinema is introduced into the films as a static object, being presented in the frame of a door, a window or a car. The performance highlights old-fashioned, but still existing, clichés in our society: the reticence and motionlessness of women in everyday life, compared to the powerful active image of men.

In Jasmin Schaitl’s long durance, meditative performances, she plays with the expectation of the viewer and the performance as a time-based event. The slowly and repetitive movements are forcing the audience to let the time pass, and if possible join the feeling of meditative power. 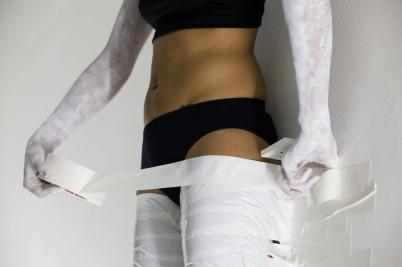 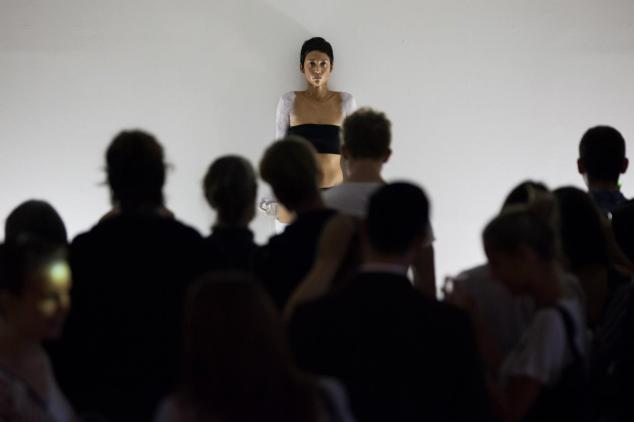 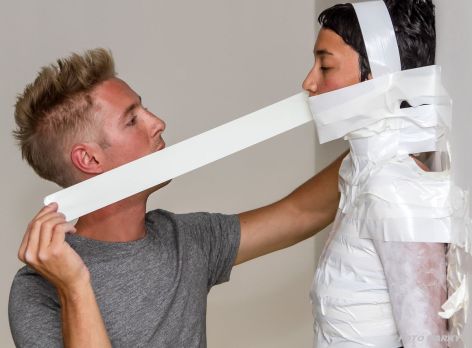 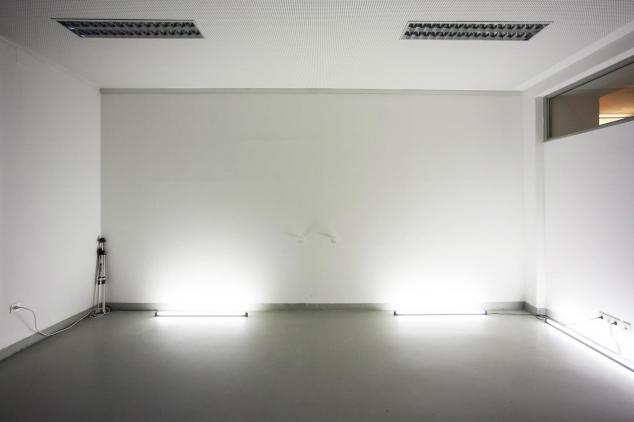