The audience was invited into a setting, in which they can perceive and witness a sonic and visual landscape, which slowly transforms over the duration of two hours.

During the performance, one phase of the dyeing process of the “Excuse my Dust Series”, was emphasized and was being embodied by the artist Jasmin Schaitl. A six by three meter sized fabric was covered with flour and was dried prior to the performance. A second, still wet flour-covered fabric, with the same measurements, was placed in the same room during the performance.

Schaitl was slowly rolling over the hardened textile piece, gently but consistently breaking its hardened texture through application of own body weight and volume. This simple action created a coplex sonic landscape and realized a textile transformation, which is necessary for the toxic bleaching process for the fashion pieces of “Excuse my Dust Series”.

Rather than explaining or narrating, the executed action implemented time for reflection and space for thoughts in our fast-paced life rhythms. It was contrasting the rapid and capitalized market of fashion, and questioned the con- and deconstruction process of the textile industry, which is causing global problems in regards to environment and health. 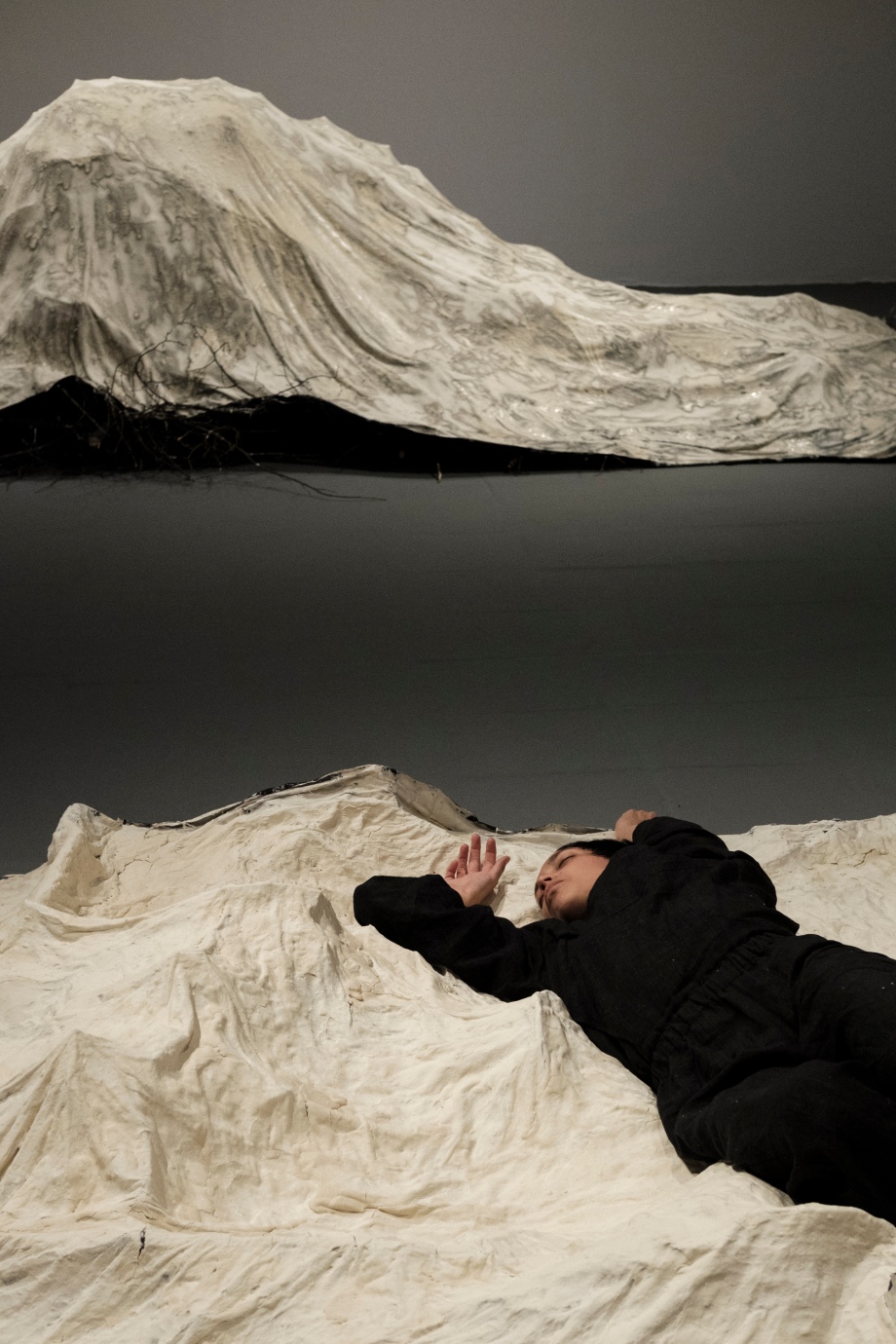