For the small room of CELLA Galerie Jasmin and Bilwa performed a 3 hour durational performance/action using thread. The action consists of two artists standing, in various distances, facing each other. Each is pulling a single black thread which is coming through the shirt of the other artist. They move forwards and backwards along a white sheet of paper. The two spools of thread are mounted on either wall behind each of us. The unravelling of the spools creates accompanying sounds.

The threads pass, meet and combine, creating a growing pile of thread in-between the two. They support each other by changing the tempo, rhythm, and velocity of the repeated action. These changes also alter the visual affect of the action. For example, if one moves rapidly, while the other moves slowly, a “floating pile” effect occurs between us.

In addition, a looped video documentation, from the performance, plays on a monitor in the gallery.

videostills and photos by the artists 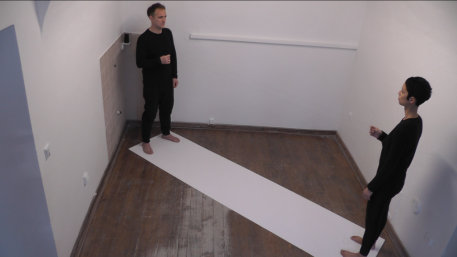 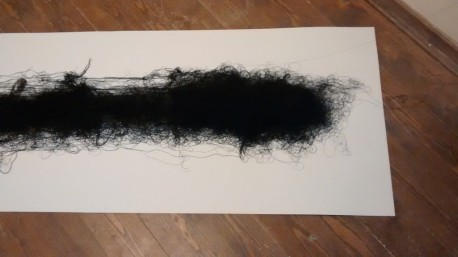 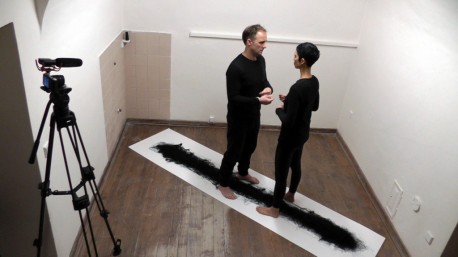